By having developed WingCommander PRO, Wingit Kiteboat Systems has created the first Kite-Control System specifically meant for kiteboating. Thanks to it, nearly every seabot and catamaran can be transformed into kiteboat. WingCommander PRO is built in a way so that it can be used with every kite-surf kite. As normal kite control systems are not suitable for kiteboating, every detail was developed exactly to serve this purpose. WingCommander was developed in Germany and produced exclusively here following the german quality standards.

The key feature of WingCommnder PRO, that we have developed and protected by patent, is a telescopic boom rigid in compression with a de-powering of max. 40 cm. The de-powering function through the scrolling of the bar - possible for kitesurfing - is now possible also for kiteboating, without forcing the pilot to stay and remain in an area of the boat. In this way he can also sit on the luv- side of the boat, so that he has both kite and direction under control and is able to balance the heeling of the boat ( tendency of the hulk to lee side). 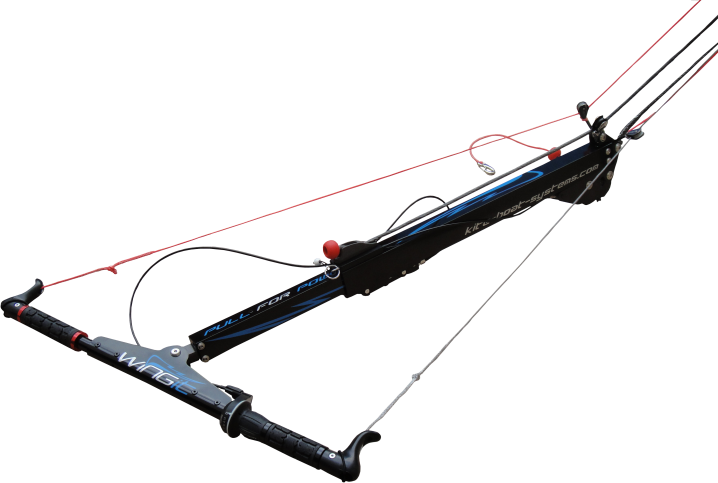 Using WingCommander and - consequently - having the kite directly anchored on the boat, you can take advantage of the higher drag force of the kite. The OCC enables the connection of kite and boat per click and constitutes at the same time the safety device. It completely meets the newest claims about functionality, resistance and (emergency) tripping energy of the safety system also in case of extreme load. We can reach this through the use of a top performance tripping device developed for the aeronautical industry. This means: minimal tripping energy also under extreme loads! In case you loose the OCC the hand or through the MOB leash, the kite- bound to the boat trough a linen according to the 4 linen system - immediately flags out. 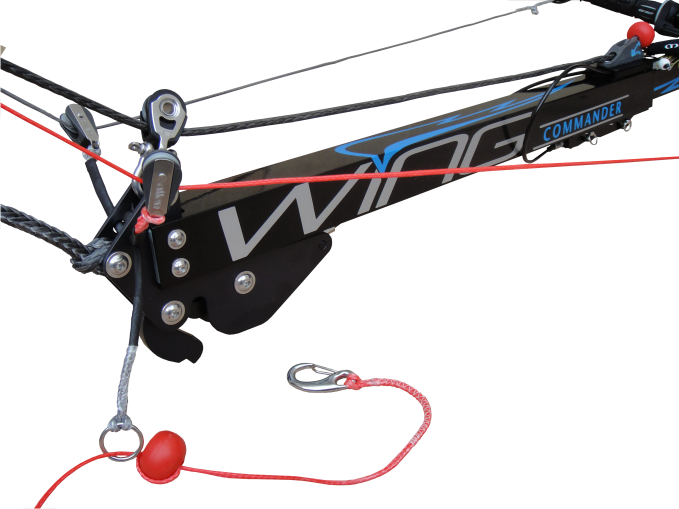 Man Over Board (MOB)-auto release 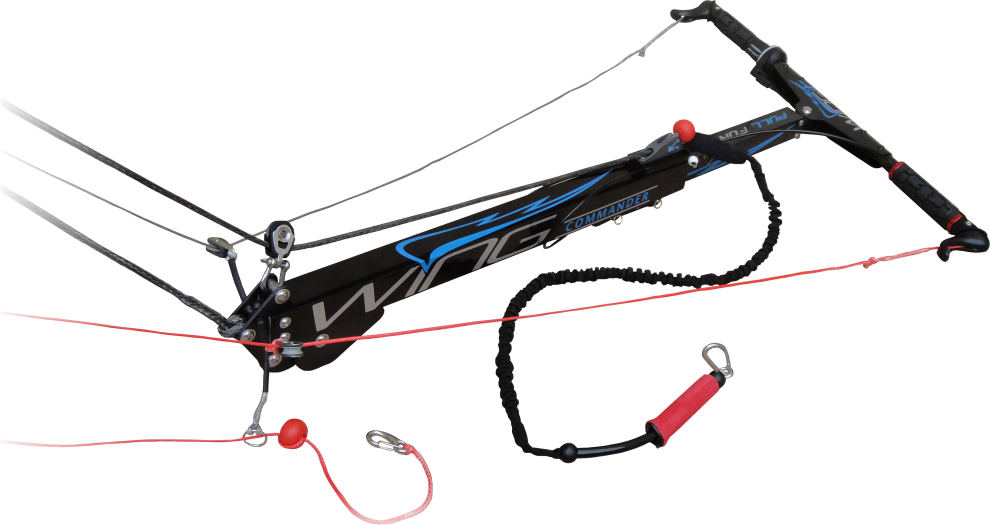 Who doesn't dream about kiting without annoying holding forces? So far, it was possible only through a linen stop- bar but with the disadvantage - in case of emergency - of being permanently attacked and in some cases also a block for the safety system. The BPS is the first de-powering stop system which can be either opened or closed without taking the hands away from the handle bar. You just need to move your wrist in order to continuosly arrest the handle bar and then release it. This feature is important, in particular for those who wants to test the performance limit of their material without compromises. Due to the greater weight of boat and crew, in comparison with those of a person on a board, a kitesurf- kite can be controlled also if highly overpowered, although the holding force of the kite (it doesn't matter of which brand) will be than increased. Through BPS you can manage this forces also in the long run and without problems.

The rotor head is a coupling element between bar and extender jib. It serves the purpose of enabling to move the bar in all directions and gives the pilot more comfort and freedom of movements.

Through the easily reachable depower adjuster you can easily trim your kite on the needed wind range and than change the trim during the way. A 2:1 endorsment decrements the power needed for a half. 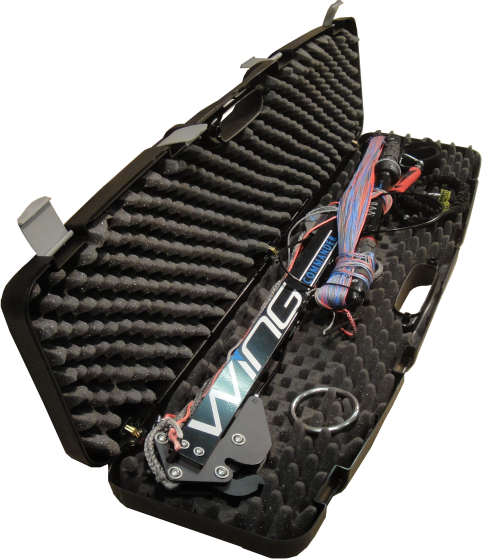