With the WingCommander XF, we define a new class kite control systems for kiteboating. The Wingcommander XF performs under all conditions. It is made to simplify kiteboating as much as possible, giving the sport a maximum of fun and safety as well as incredible performance. The perfect kite control system for allround use. Ideal for beginners and intermediate riders.

Just as the WingCommander Pro, we made no compromise regarding the safety system. The WingCommander XF features the proved MOB Safety system, as well as OCC, an easy-to-use connection system between boat and Kite, that carries even the highest loads. Pressure Bar Salvation (BPS) releases the pilot on longer turns. With the new security mechanism for the BPS, the function can be reliable turned off, especially for kiteboating beginners.

To make kiteboating more relaxed and safe, we built-in an 100cm depower range, that can be easily reached by everybody, solving nearly every trouble by simply releasing the bar

The kite is controled by a lightweight carbon fibre bar with EVA grip. The compact design and the different adjustments of the WingCommander XF are ideal to adapt the system to small, as well as to larger boats. 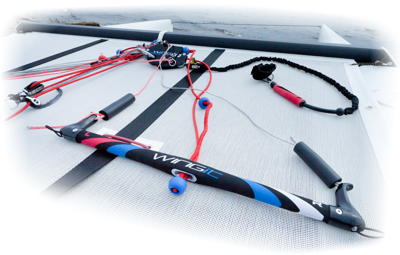 Apart from the sportive kiteboating use, you can also use the WingCommander XF and a kite for dragging damaged boats back to shore. To learn more about the Kite Rescue of boats, you can easily get in contact with us.

With the OCC the WingCommander XF will be connected to the boat with a single "click". A high performance -safety system always granted minimum tripping force, even under extreme loads. 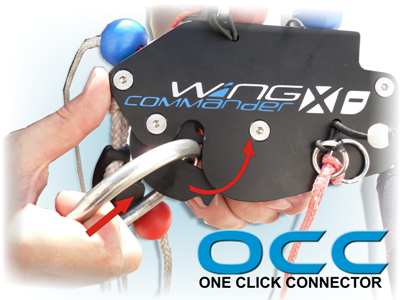 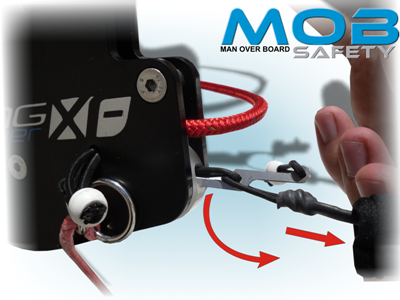 This feature is a must have on every kiteboat system. The WingCommander XF BPS-System is activated by tilting forward the blue ball on the WingCommander XF. By pulling the restore line, the BPS opens and releases the holding forces. Using BPS, the pilot can ride free of all the holding forces of the kite that will be transmitted directly to the boat. Only by using BPS, the full power of the kite and true potential of Kiteboating can be used. 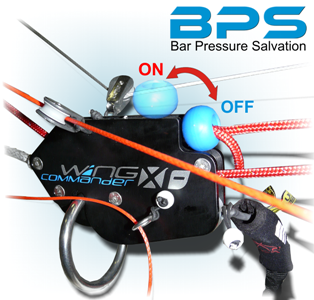 If the depower range is not enough, the 3:1 depower adjuster system offers easiest trim of your kite and maximum workload on minimum drag, using high end thimbles without any turning parts. So you can trim your kite while riding and under any conitions. 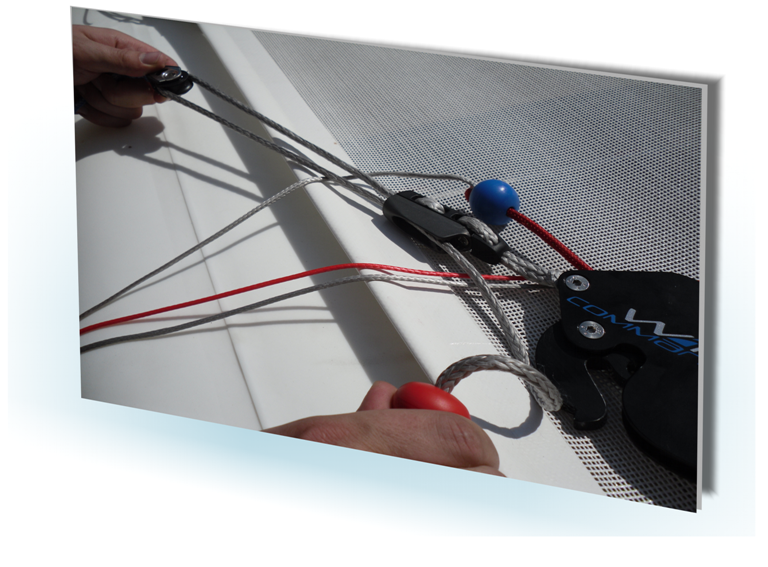